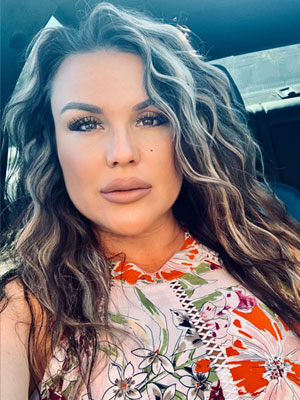 The story of Autumn Brockman and San Angelo’s top hair salon ARock isn’t one that took a traditional road to stardom. Brockman a native of Vernon, Texas near Wichita Falls arrived in San Angelo in the mid-90s to attend Angelo State University in hopes of becoming a nurse practitioner. Her goal was to help others, but along the way she realized her talent as a makeup artist. Although the industries were on different ends of the spectrum the end goal lined up, helping others.

Brockman was featured in magazines like Street Customs, Laid Low, and Performance Auto and Sound. She was also hired as a makeup artist for Go Daddy commercials and was featured as a model in major publications such as Maxim, FHM, and Black Men’s Magazine.

In 2008 after years of commuting from West Texas to Los Angeles growing her career, Brockman earned her degree in Cosmetology at Odessa College while freelancing in L.A. By 2013, Brockman was ready to plant roots in West Texas.

San Angelo was where Brockman had her sights set on. A place where her ARock brand could evolve in bringing here LA style to West Texas.

In 2013, Brockman rented spaced in the Palladian Spa in San Angelo where she quickly established a following in clientele. Three years later the former Hollywood model opened her own salon calling it ARock.

In 2018, Brockman changed the beauty industry in San Angelo and certainly in the downtown scene by moving into a remodeled 4800-square-foot facility.

It gave ARock the opportunity to not only provide various new services such as massage therapy, and educational courses for makeup but to give young and upcoming stylists a platform to shine.

In this day and age of social media Brockman scours Instagram and Facebook for the best new stylists in West Texas. She sublets space inside ARock to stylists she handpicks. Like how she recruits young stylists she also points to social media to grow her brand. “That’s your portfolio,” said Brockman. Social media has allowed the beauty industry to flourish as a built-in marketing engine for fashion and makeup which is why she uses it to boost her ARock brand and her staff.

Brockman is not only about inspiring confidence in her clients but in her stylists as well. In 2019 ARock’s following on Facebook exceeded 33,200 fans. Brockman likes to tell herself and her artists, “Don’t worry about what everyone is specifically doing. Focus on you. You need to worry about yourself and building your own empire.”